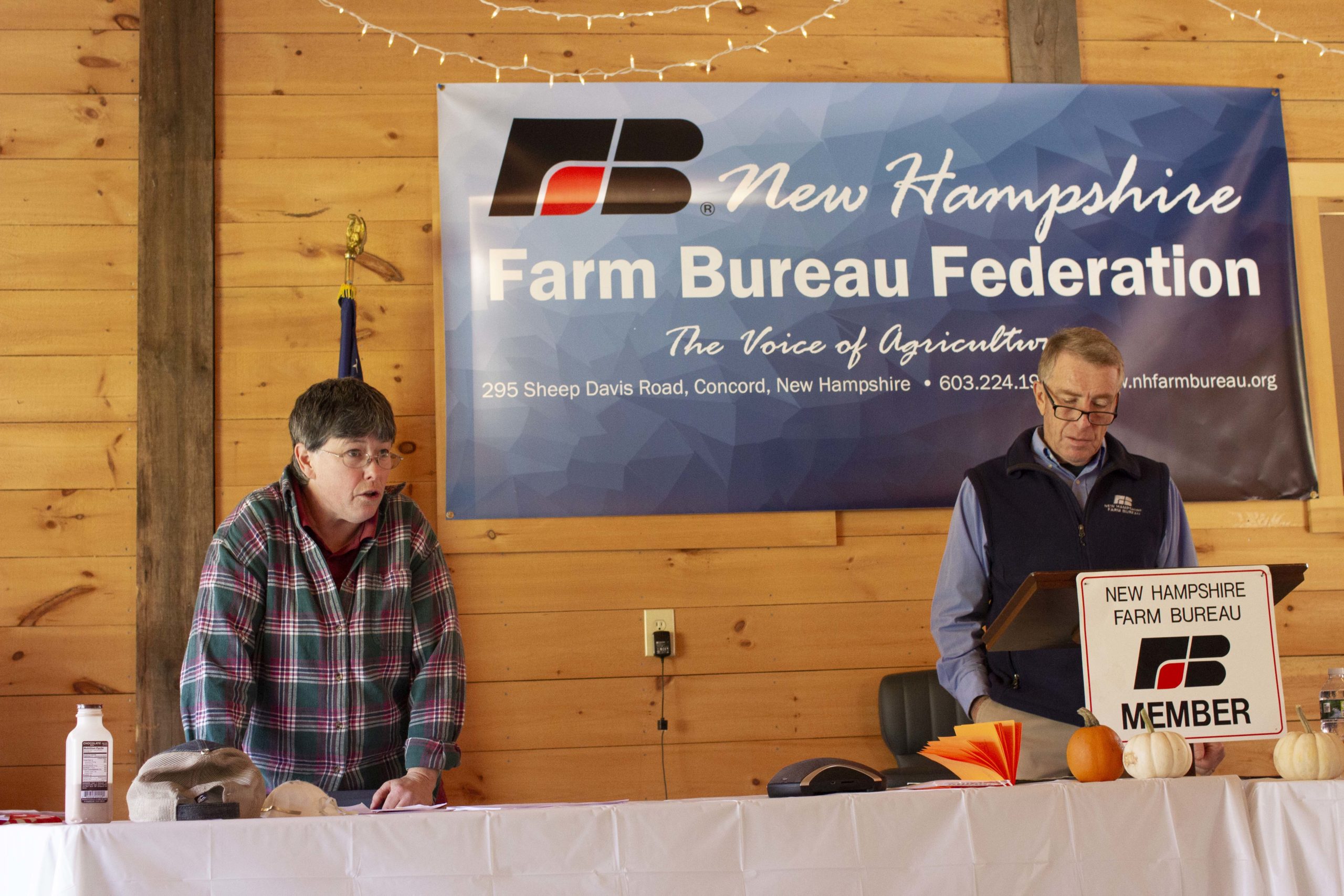 On Saturday, November 7, the New Hampshire Farm Bureau (NHFB) “House of Delegates” consisting of 23 representatives of the county Farm Bureau organizations met at The Johnson Barn in Northwood to elect NHFB officers and set NHFB policy for the coming year. Those elected were:

All were re-elected with the exception of Jay Phinizy, who was elected to a vacant seat on the Board. They will be joined on the NHFB Executive Committee by Associated Women’s President Elaine Moore from Westmoreland and Young Farmer Committee Co-Chairs Ammy Rice from Milford and Amelia Aznive from Concord. President Denis Ward was also elected to serve as NHFB’s Delegate to the American Farm Bureau Federation annual meeting being held remotely this coming January.

In addition, the Delegates approved 19 of 25 proposed policy resolutions and/or changes to the existing NHFB policy document proposed by county Farm Bureau membership or NHFB Committees. These included policies dealing with enhancing meat processing options and encouraging milk production in the state as well as support for a state law limiting the liability of farmers providing agritourism activities to the public. Currently 31 states have agritourism immunity laws on the books. Newly adopted resolutions will be printed in the next edition of The Communicator.

The New Hampshire Farm Bureau Federation Young Farmer Committee held their annual Legislative Breakfast event at Pearl & Sons Farm in Loudon on Tuesday, March 26. Each spring, the group of agricultural enthusiasts between the ages of 16 and35 invites members of the NH House Environment & Agriculture Committee, federal lawmakers, and other movers and shakers in NH agriculture to join them for a hearty meal and an opportunity to hear concerns facing young farmers across the state.

END_OF_DOCUMENT_TOKEN_TO_BE_REPLACED 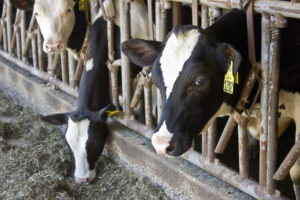