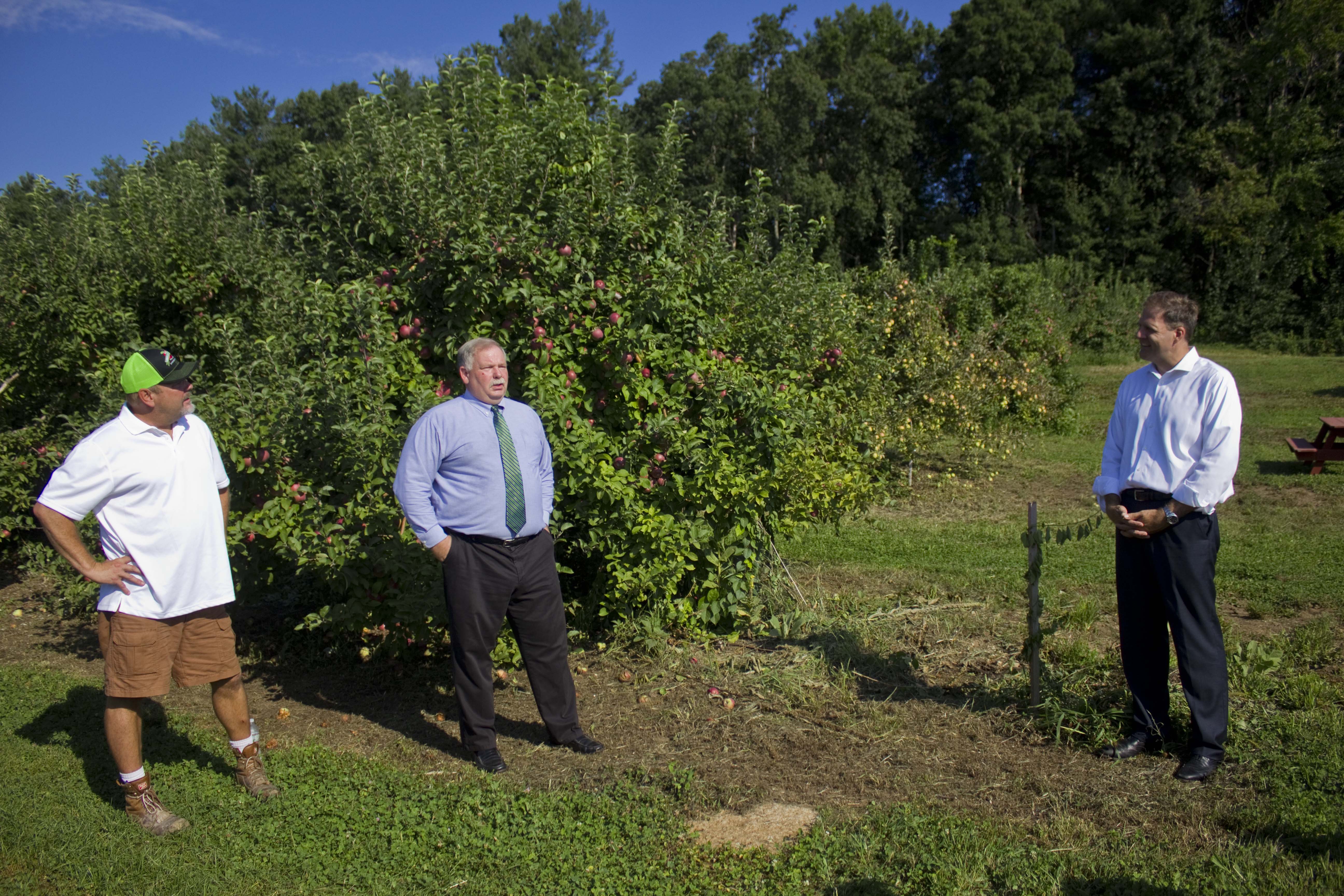 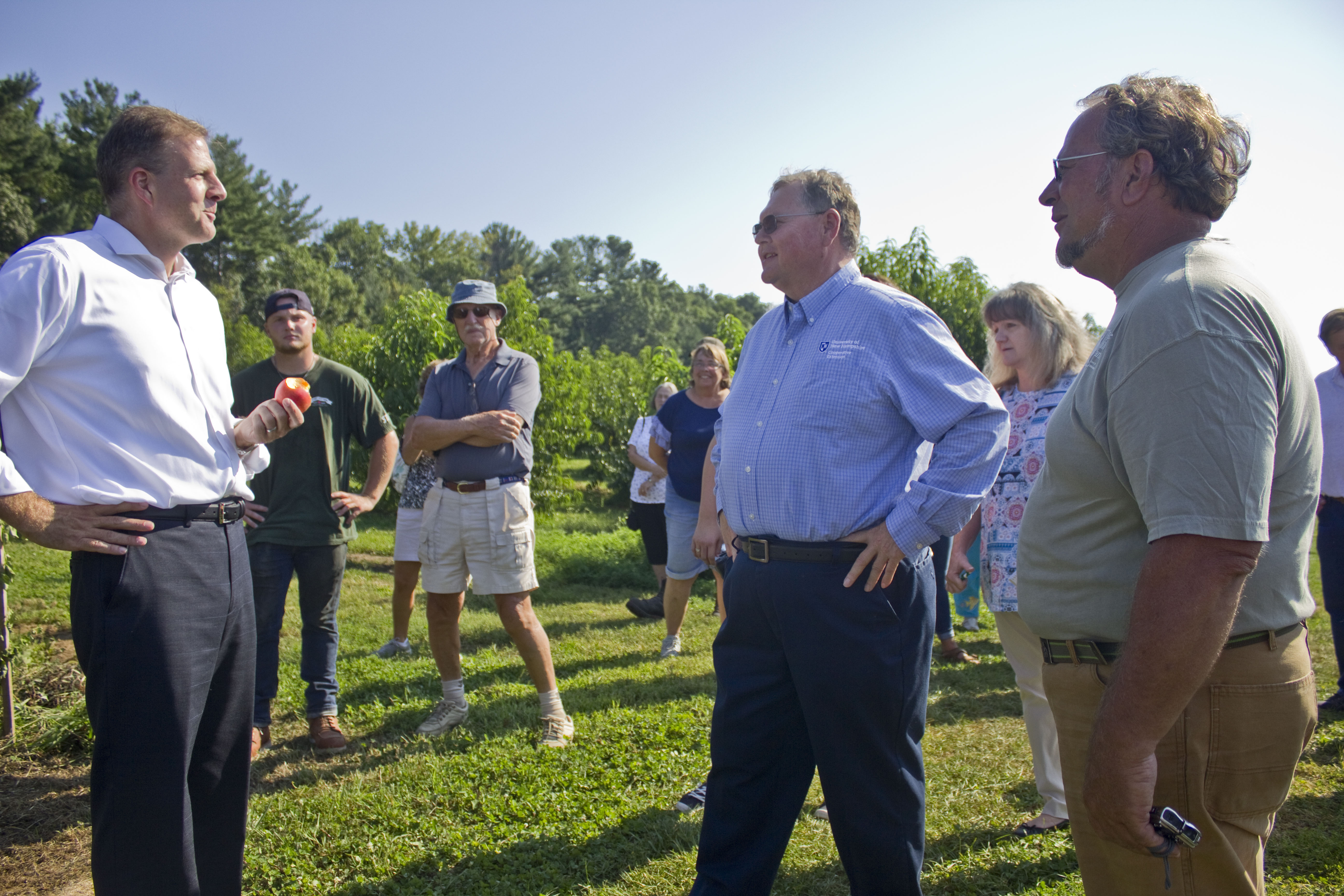 A large crowd showed up to Sunnycrest Farm in Londonderry to usher in the beginning of apple season in New Hampshire on September 6th. Above (left to right) Governor Chris Sununu chats with George Hamilton of UNH Cooperative Extension and Chuck Souther of Apple Hill Farm in Concord about the difference between nectarines and peaches (two other crops you can find at some local orchards!).

Governor Sununu proclaimed the day, “New Hampshire Apple Day” and spoke about the importance of agriculture to the state’s economy, from tourism to job creation and the environment.

“NH Apple Day serves to remind people that harvest season has begun at their local apple orchards and it’s a great time to visit!” said NH Department of Agriculture’s Gail McWilliam Jellie, in a statement.

Sunnycrest owner Dan Hicks echoed those sentiments. “It’s incredibly important to get out there and visit your local farm or orchard. Apple season is the perfect time to not only support local farmers, but to enjoy the beauty of the farm and spend some time outdoors.” 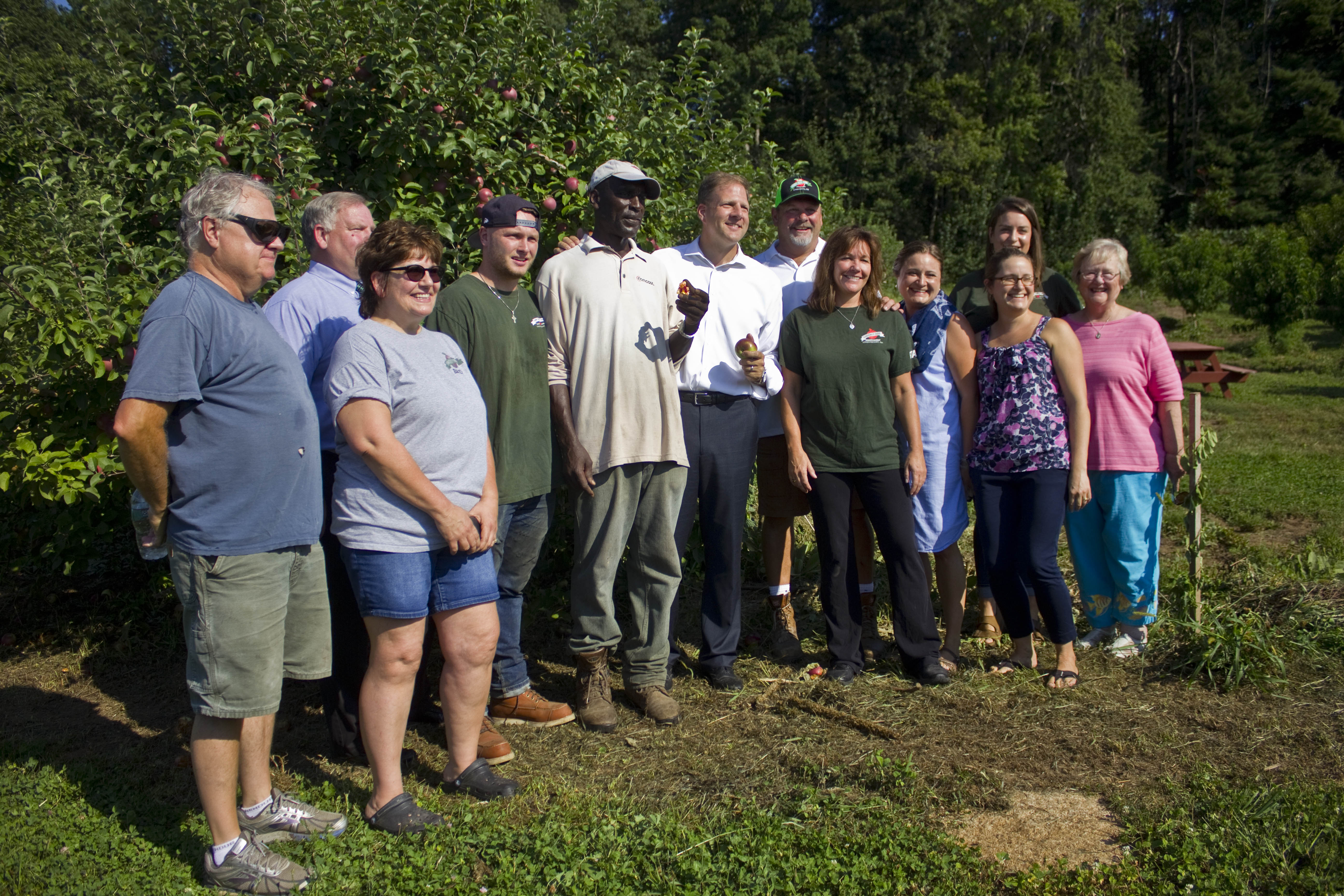