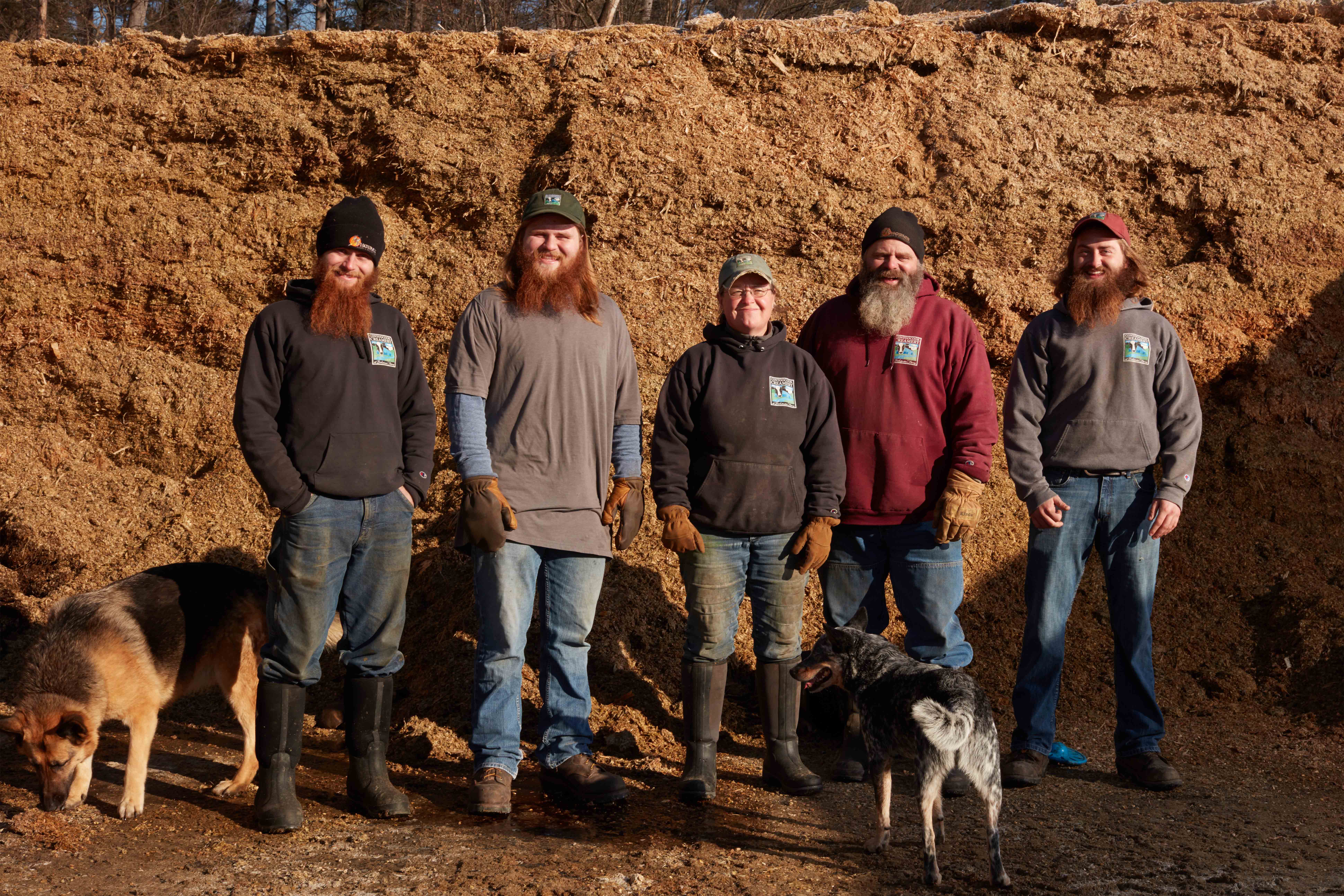 (Left to Right) Si, Bram, Heather, Jamie, and Nate Robertson. The Robertsons own and operate Bohanan Farm & Contoocook Creamery in Hopkinton, NH. The family are featured in the new HISTORY series ‘The American Farm’ which debuts Thursday, April 4 at 10 PM. Photo courtesy of HISTORY/The American Farm

To be a successful farmer you have to be a jack of all trades. Some days you are an electrician, other days you may be a plumber, and sometimes –on a good day- you get to farm too! The Robertson family from Hopkinton, NH spent the last year adding yet another job title to that list: Television stars.

Jaime and Heather Robertson and their three sons Si, Nate, and Bram, who operate Bohanan Farm & Contoocook Creamery in Hopkinton, are one of five farms from across the country being featured on a new HISTORY series called ‘The American Farm’. HISTORY bills the show as, “an authentic portrait of the fight to go from seed to stalk, and from farm to fork. The series presents an up-close look at one full year of family farming.” A film crew spent most of last year documenting the lives of the Robertsons from the fields to the dinner table.

Considering what a small segment of the country is actually involved in production agriculture, the Robertsons are hoping ‘The American Farm’ will help educate the general public on what is really happening on family farms. Nate, the middle child who focuses on herd management, wants people to be more aware of the hard-work and care that goes into putting the steak on their plate or the cheese on their pizza. “I was so excited to tell people what we’re doing, why we’re doing it, and why we think we’re doing it the right way,” he said.

The family was a bit surprised, according to Nate, when they found out they would be featured. After all, “Who would want to watch you do stupid stuff with your brothers?” he joked. While the day-to-day chores the Robertsons undertake may seem like ‘just working’ to them, it’s an unknown world for 98% of the population.

The show’s producers, Thom Beers, Jeff Conroy, and Sarah Bernard of BoBCat Studios, wanted to go deeper than just the hows and whats of farming to provide, “an honest tale of risk, reward, hard work, and innovation centered on the lives of five family farms across America,” according to the show’s website. This is something the Robertsons found evident in the dedication of the crew. “His [Thom’s] heart is really in it,” Nate said. “He’s conscious of the food system today and how things affect agriculture.”

To learn more about the show, click here. Be sure to tune in to HISTORY on Thursday, April 4th at 10:00 PM to catch the series premiere of ‘The American Farm’