Editor’s Note: March 4 – 10 is Agricultural Safety Awareness Program Week (ASAP). ASAP was created to bring awareness to safety and health issues facing the agriculture industry. The following article can also be found in the March/April Issue of ‘The Communicator’

Reflecting on his chosen profession, Chichester farmer and past Merrimack County Farm Bureau President, Steve MacCleery, paused before declaring, “The biggest thing I can say about farming is that it’s difficult, but I enjoy it.” Steve explained that he and his wife Holly didn’t get rich pursuing agriculture, but they agreed that it was a great way to raise their children and to enjoy earning a living. “Having said that, you have to try to be safe.”

Safety issues can arise in every facet of agriculture. In fact, farming & ranching ranked eighth on the list of ‘Most Dangerous Jobs’ in the 2016 Census of Fatal Occupational Injuries. Taking proper safety precautions, whether a farmer is operating a chainsaw, harrowing a field, or working on equipment in the shop, should be a major part of everyone’s process.

Part of that process for Steve and Holly has been getting their John Deere 3020 tractor updated with rollover protection (ROPS) and a canopy through the National ROPS Rebate Program. Funded by the National Institute of Occupational Safety and Health (NIOSH) and facilitated by the Northeast Center for Occupational Health and Safety (NEC), the ROPS Rebate Program makes preventing the number one cause of farm injury and death easy and affordable.

“The process was simple, fast, and I can’t say enough good things about the program and the people running it,” Steve said. He started, last year, by visiting the program’s national website, ropsr4u.com, and applied by filling out some information about his farm and the tractor he wished to update. This particular model of tractor features a Powershift transmission, which makes it easier for Holly, who was partially paralyzed in 2012 due to a hemorrhage in the spine, to use. 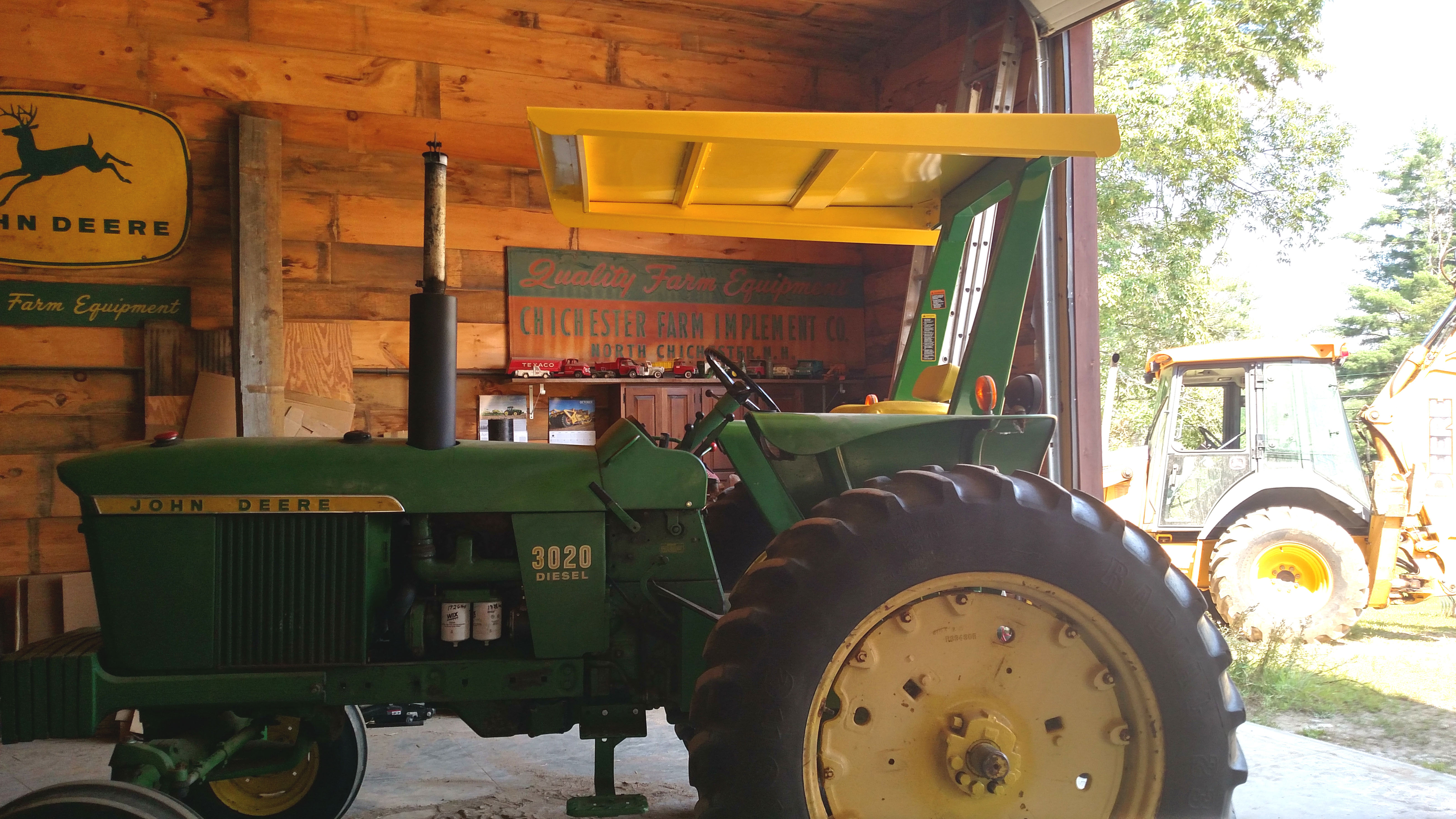 Like a lot of farmers, Steve and Holly had wanted to update their tractors with ROPS but the used units Steve had come across at auctions across New England were overpriced or in need of serious repair. Through the ROPS Rebate Program, the average out-of-pocket expense for a ROPS kit is only $391 and the maximum someone will spend is $500 (after rebate). The MacCleerys received their rebate check in a matter of days after submitting the final paperwork wrapping up a simple, easy, and convenient process that leaves the farm a safer place to work. “It’s like wearing a seatbelt; I don’t feel safe unless I have one on. It’s similar with the tractor ROPS and canopy. Just like chaps and a chainsaw,” Steve said.

For more information or to apply for the National ROPS Rebate Program visit www.ropsr4u.com.