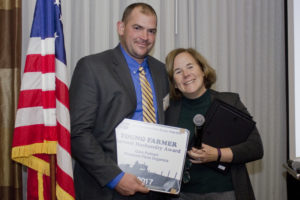 In addition to winning this year’s Animal Husbandry Award, Glen was also recognized for winning the NHFB membership competition for recruiting the most new members over the course of the year.