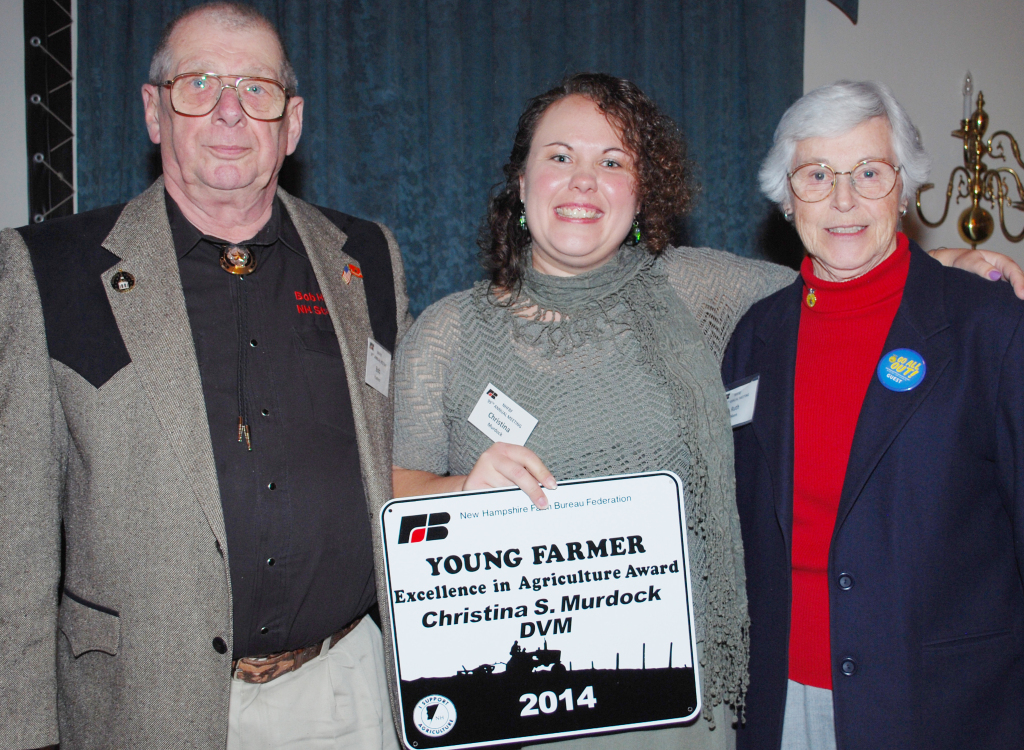 She was chosen for the award, based on her involvement in the state Young Farmer program and her community involvement. Although Christina didn’t grow up on a farm, her interest in agriculture developed while attending Alvirne High School in Hudson. She participated in the FFA program and cared for livestock at the school’s farm. Since obtaining her doctorate in 2007 from Colorado State University she has been practicing medicine on large and small animals.

The Excellence in Agriculture Award recognizes Young Farmers between the ages of 18 to 35 who do not derive the majority of their income from an agricultural operation, but who actively contribute and grow through their involvement in agriculture, their leadership ability and participation in Farm Bureau and other organizations.

Christina excels when it comes to her involvement in Farm Bureau and the Young Farmer program. She actively participates in various projects such as the Harvest for All, where she and fellow Young Farmers collected surplus produce from local farms and donated it to the soup kitchen in Concord. In addition, she is an advocate for agriculture and traveled to Washington, D.C. with fellow Young Farmers to meet with policymakers on Capitol Hill. In addition to her involvement with Farm Bureau, Christina coaches the Alvirne FFA team for veterinary science.