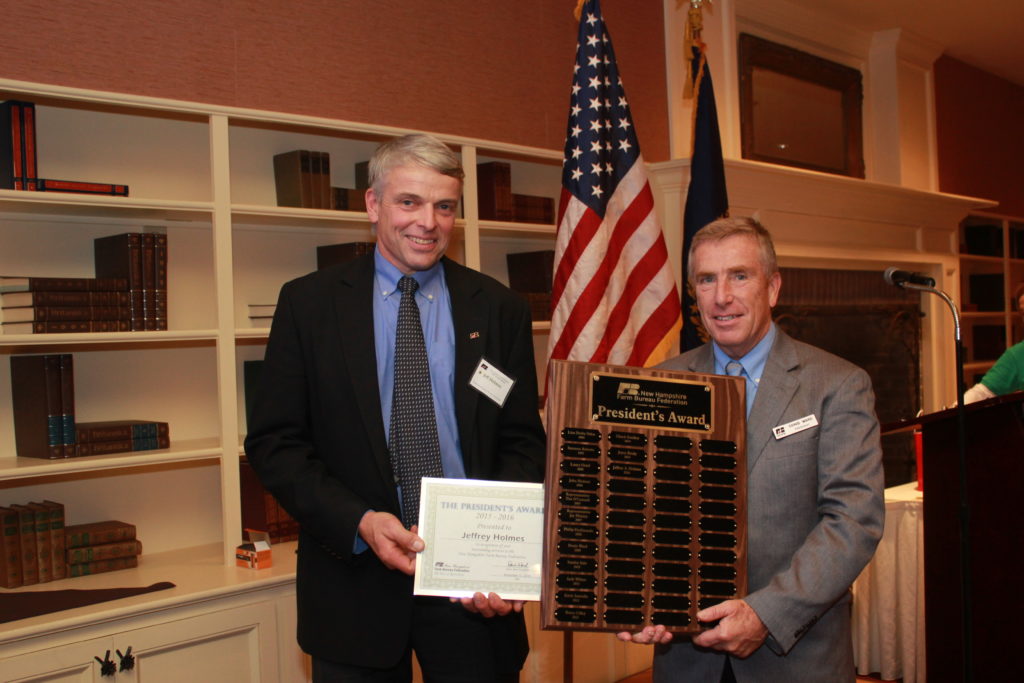 CONCORD, NH – Jeff Holmes was presented with the 2016 New Hampshire Farm Bureau Federation President’s Award by NHFB President Denis Ward at the organization’s 100th Annual Meeting on Friday, November 11th. Holmes is familiar with the award, having previously handed it out to deserving recipients as NHFB President from 2007-2015.

Holmes and his family operate Holmes Dairy Farm in Langdon, NH, milking Jersey cows and producing maple syrup. The award not only recognizes Holmes’ commitment to agriculture, but his dedication to Farm Bureau as he continues to volunteer his time and energy in advocating for agriculture.