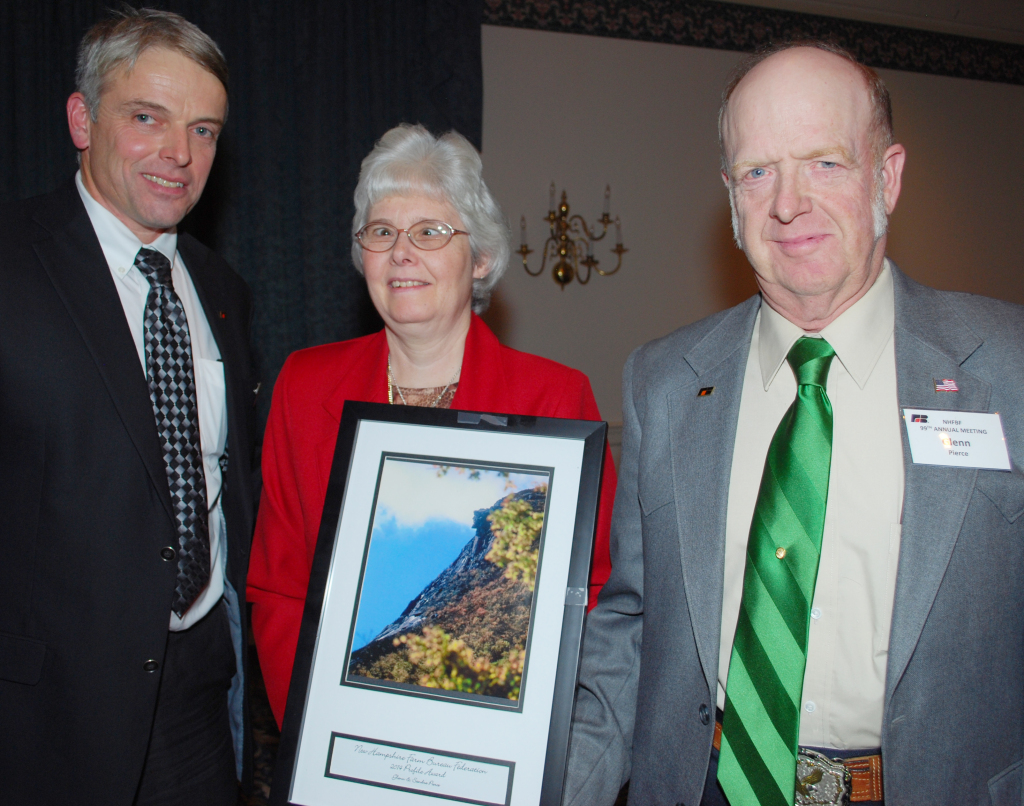 Glenn’s and Sandra’s contributions to agriculture are significant. The couple have been Strafford County Farm Bureau members for over 35 years and served on the board for over 30 years.

As active members they have assisted Farm Bureau in various capacities. Glenn was the president of Strafford County Farm Bureau for 11 years and the New Hampshire Farm Bureau Second Vice President for eight years. He has served on several committees, everything from, policy development, nominating committee and probably more than can be remembered. Sandra has been there all along by his side, keeping everything organized. She was the Strafford County Farm Bureau secretary for 15 years and continues to this day be the treasurer. Sandra was also involved with the Associated Women of the New Hampshire Farm Bureau for a number of years and was the president of the group from 1997 to 2006.

Other agricultural related involvement includes the School to Farm Day at the University of New Hampshire and Country Day in Lee. Currently Glenn is serving on the county committee for the Rockingham-Strafford County Farm Service Agency.

Receiving the award is an honor for the couple.  “We are so appreciative,” said Sandra.  “We were very surprised and glad to have received the award.”