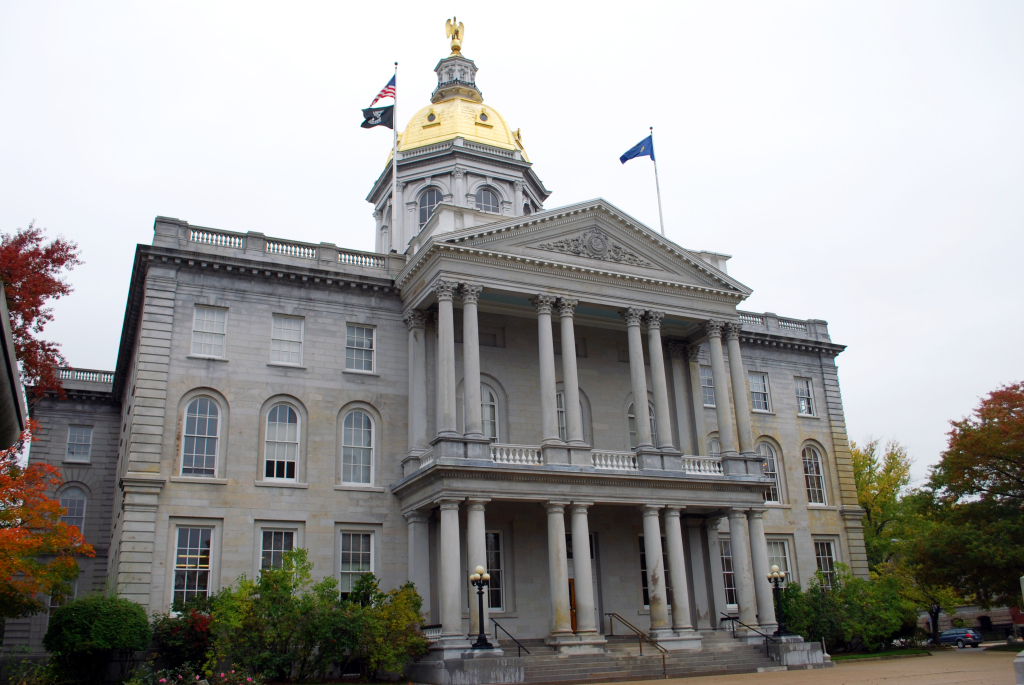 There was much to be discussed during the New Hampshire House of Representatives Environment and Agriculture Committee executive session. The meeting was held for the legislative committee to make recommendations on whether the proposed legislation should proceed. On Tuesday, October 21, the Environment and Agriculture Committee reported on their research and findings on the following proposed legislation:

HB1344 – relative to the disposal of sharp waste by retail establishments
During deliberation, Vice Chairman Rep. Moynihan moved that the interim study deemed no additional legislation required at this time. Rep. Haefner seconded the motion and noted that due to current waste management protocol there is no need to recommend further action.
The vote was unanimous for no future legislation.

HB1382 – defining “farm stand”
The proposed legislation to modify the definition of a farm stand results from a request from a business in Colebrook wanting to rent retail space to farmers. The interim study, recommends future legislation. The business model sounds appealing however; the committee realizes that modifying the existing statues creates additional problems that are not easily resolved under the current regulatory structure. In New Hampshire, farmers are legally able to sell uninspected meat and raw milk directly from their farm or at a farmers’ market. However, third party businesses with a state retail license, such as the one in Colebrook are restricted from selling such items. The committee also noted the potential value and opportunities for direct to consumer farm sales is consistent with the New Hampshire’s Farm to Plate policy (SB141).

Some committee members expressed concern. “I’m opposed to this proposed legislation,” Rep. Haefner mentioned. “It deals with selling restricted foods with risk, it would allow the sale of raw milk and uninspected meats off the farm. The purpose of the purchasing products at the farm is to enable consumers to look at the farm, talk to the farmer and make a decision to buy or not.”

Other legislators believe that HB1382 is freedom of liberty for farmers. “It’s a good way to expand the market,” said Rep. Groen. “I think this is a case where the market inspector is the consumer.”

Vice Chairman Rep. Moynihan is in favor of further legislation. “To shut the door on increased sales to consumers would be wrong,” he noted.

Nine members of the committee voted in favor of recommending HB1382 for future legislation and two against (Rep. Haefner and Rep. Gordon). The pros and cons of such legislation have been included in the interim study report.

HB1464-FN – exempting New Hampshire agricultural products produced, sold and consumed in New Hampshire from the FDA Food Safety Modernization Act
This bill does exactly what it says. “We need to have some sort of vehicle to tell the federal government that New Hampshire doesn’t agree with FSMA,” mentioned Chair Rep. Sad. “And that it negatively impacts New Hampshire farms.”

“This is a classic example of the heavy hand of the federal government; not helping New Hampshire,” mentioned Rep. Groen. “It’s a case of the feds telling us, that they know how to run our state and farms.”

The Environment and Agriculture Committee unanimously voted to recommend HB1464-FN for further legislation.

HB1578-FN – relative to record keeping for sold or transferred animals
Sponsor of the proposed bill, Rep. Gardner spoke in favor of the bill. In general, the bill addresses the problem with animal shelters providing inadequate records and the legislation is intended to solve this issue.

The Environment and Agriculture Committee unanimously voted to recommend HB1578-FN for further legislation.